The Divisiveness Over One Female Performer’s Success

The Divisiveness Over One Female Performer’s Success

Home » AMA » The Divisiveness Over One Female Performer’s Success

In the last year or so, I’ve been following a lot of my favorite stars on Twitter and last night, I got to witness (at least part of) a rather ugly exchange between some starlets (ones whom I really like) over Belle Knox’s win at Exxxotica. She won best newcomer. It seems like the industry performers, directors, etc. have all taken sides in either defending her words, actions, and choices or condemning her (in rather unpleasant words). Big names like Nina Hartley and Kayden Kross seem to wholly support and respect her, while Tasha Reign and Belle Noire have roundly criticized her.

From what I can gather, the support comes because an intelligent, attractive young woman has handled with relative grace a lot of media exposure and through her self-confidence and eloquence been able to provide an intellectual defense of what many see as a seedy/explotative industry. The attacks come from her support of a tube site, her newness to the industry, and related to that, her elevation to what seems to be a spokesperson for adult entertainment.

For my part, I hate to see people who ought to be working together to make the industry stronger tearing one another down. I cannot pick a side in this fight/debate because I really enjoy and respect the performers on both sides. While I do recognize her support of tube sites is tantamount to supporting piracy, it seems to me that much of the vitriol coming from her detractors is unwarranted. I don’t feel that she asked to be so quickly thrust into this media firestorm or become the de facto representative of the industry, and instead has tried to make the best of it, both for herself and for adult entertainment. So, I can’t help but think that much of this resentment is just sour grapes from veteran performers who never caught the eyes of mainstream media.

I’d like to know your thoughts on this whole fiasco. Should people in the industry be publicly attacking their own? Or is it better to just keep silent and let events unfold?

Also, I’ve noticed a number of other stars (mostly female) that have been wearing tube site logos.  I think I just saw a photo on Twitter of Nicole Aniston (another favorite of mine) wearing one of their logo tank tops. Why would performers support these sites? Especially performers who have their own subscription based sites…

Thanks again for giving me an inside look into your world 🙂 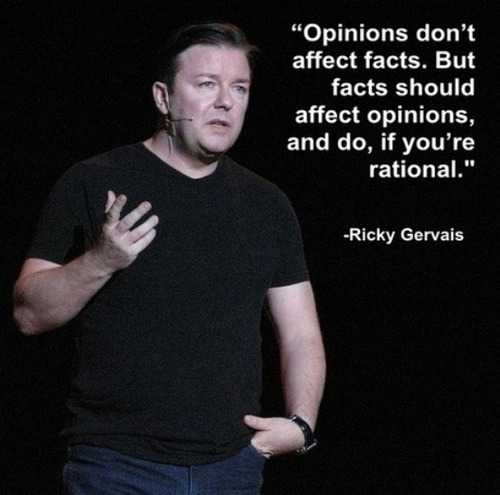 Secondly, before I fully answer this question I think it’s important to make my own disclaimer. I do not in any way support harassing anyone online or in person EVER and I am empathetic to anyone who finds themselves the target of cruelty.

What I think is important to distinguish is the difference between harassment and critical opinion (opinion being the operative word here). It’s not bullying or harassing to say, “This person didn’t deserve to win.” It is bullying to attack somebody’s physical appearance or their character or to slander them. I would never support anyone who did that to this woman – or to anybody else.

Categorizing the female performers who are outraged by the win as “jealous” or “sour grapes” is incredibly narrow sighted. Are people not entitled to voice a contradictory opinion for any other reason than jealousy? That’s ludicrous. However, that’s not to say that some performers may actually be jealous and resentful of this woman’s success. I am sure many are. She is basking in the limelight of media success that few will ever attain and so far she has done so relatively gracefully. I can’t imagine the  scrutiny anyone faces in the public eye. People have been unthinkably cruel towards her in some ways and the fact that her family has become part of this public attack is absolutely barbaric.

What’s important to remember is that people can have different experiences with different people. One person might say, “Oh this person is the nicest person I’ve ever met.” Another might say, “Really? I think she’s a complete bitch.” Who’s right? Neither. They are opinions based solely on the individual’s perception of who that person is. This is why you are seeing such a disconnect in people’s opinions.

The disgruntled tweets about Exxxotica (which I admittedly partook in),  stemmed from the fact that so many of the nominated performers had worked nearly a year on their careers and in building their fan base only to watch somebody come in and snag an award they felt entitled to. It was a source of incredible frustration. Believe me, she wasn’t the first one to receive the “That’s not fair you won” objections. Every award show is typically followed by people passive aggressively hate tweeting about the “injustice of awards.” This one was no exception. Who is most deserving? The person who secured enough votes to win? Or the people who didn’t garner enough votes to win? Neither. It’s an award. Albeit fan voted…but it’s still an award and even fan voted awards have their own bias. (But we are, certainly, entitled to vocalize our opinions about it).

There will always be those who oppose her and those who support her. And both groups are right. That’s the beauty of opinion.

As far as keeping silent – I think you’re onto something. It’s always the best course of action not to stir the pot – it opens you up to criticisms, vicious attacks, etc. However, for me, it’s important to vocalize solidarity with those I empathize with and that is all I have ever done. I greatly empathize with the performers who have far more achievements and accolades under their belt who feel overlooked and undervalued.

That’s my two cents. And that two cents is neither right nor wrong. It’s…(I’m beating a dead horse here) AN OPINION!

With regards to your question regarding the endorsement of Tube Sites, check out this fantastic piece Nightline did with Nate Glass and a few industry performers. It sheds light on the monopoly tube sites have created and why so many performers are paralyzed w/fear by them. But keep in mind, it’s a very different thing to endorse a tube site than to shoot for the companies funding them. You’ll see why when you watch the video.